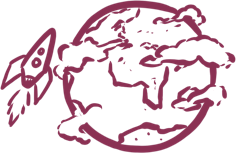 Zarma and Benhti Kenaga’ languages have been added!

This month we added two new languages to Amara: Behnti Kenaga’, from Alaska, and Zarma, from West Africa.

Amara learned about the Doyon Foundation and the 7,000 Languages Project back in April, when we added four native Alaskan Athabaskan (Dena) languages to Amara’s supported subtitle languages. This month they brought the language Benhti Kenaga’ to our attention, which belongs to the same language group. Like Hän and Holikachuk, Behnti Kenaga’ has very few speakers left – less than 30 in the village of Minto in Alaska’s interior. Later this summer, we hope to speak with the Doyon Foundation and learn more about how we can help revitalize languages at this critically endangered point. Right now, at least we can make sure we provide a way to share what those 30 people have to say in their own words.

There is a movement in to respect Alaska’s First Nations by calling their cultures, traditions, and languages by their tribal names. Behnti Kenaga’ is the name that speakers of this language use. Behnti/Mehnti means “among the lakes”. It is part of the Athabascan language family and it is also known as “Lower Tanana” because it is spoken in the lower Tanana River villages.

For an introduction to more Alaskan languages, check out alaskanativelanguages.org – they have resources for learning about and how to speak many Alaskan languages, as well as links to language-learning mobile apps for several of them, which seems like a promising way of engaging today’s youth.

Zarma is one of ten official languages of Niger, as well as in Nigeria, Mali, and Burkina Faso. Since the Zarma script changed from Arabic to Latin relatively recently, its spelling varies widely. Other spellings include: Zerma, Djerma, Dyerma, Zaberma, Zamarba or Zabermawa.

You can learn some short phrases in Zarma from this video from Wikitongues. Wikitongues uses Amara’s free subtitling editor to document and share the world’s languages. English speakers or Zarma speakers, to caption this so others can translate it, add your language to the video from this Amara page!

Thanks to Federico Varrasso, the founder of Visual Exchange, for requesting that Zarma be added to Amara’s supported languages.

Visual Exchange is a media production organization that connects experts, media producers, and community members. In the spring of 2018, Visual Exchange partnered with Plan International NGO on a project in the Zarma region of Niger. By using participatory video methods, Visual Exchange helps individuals learn to express, identify, and engage with issues in the context of their communities.

3 thoughts on “Zarma and Benhti Kenaga’ languages have been added!”