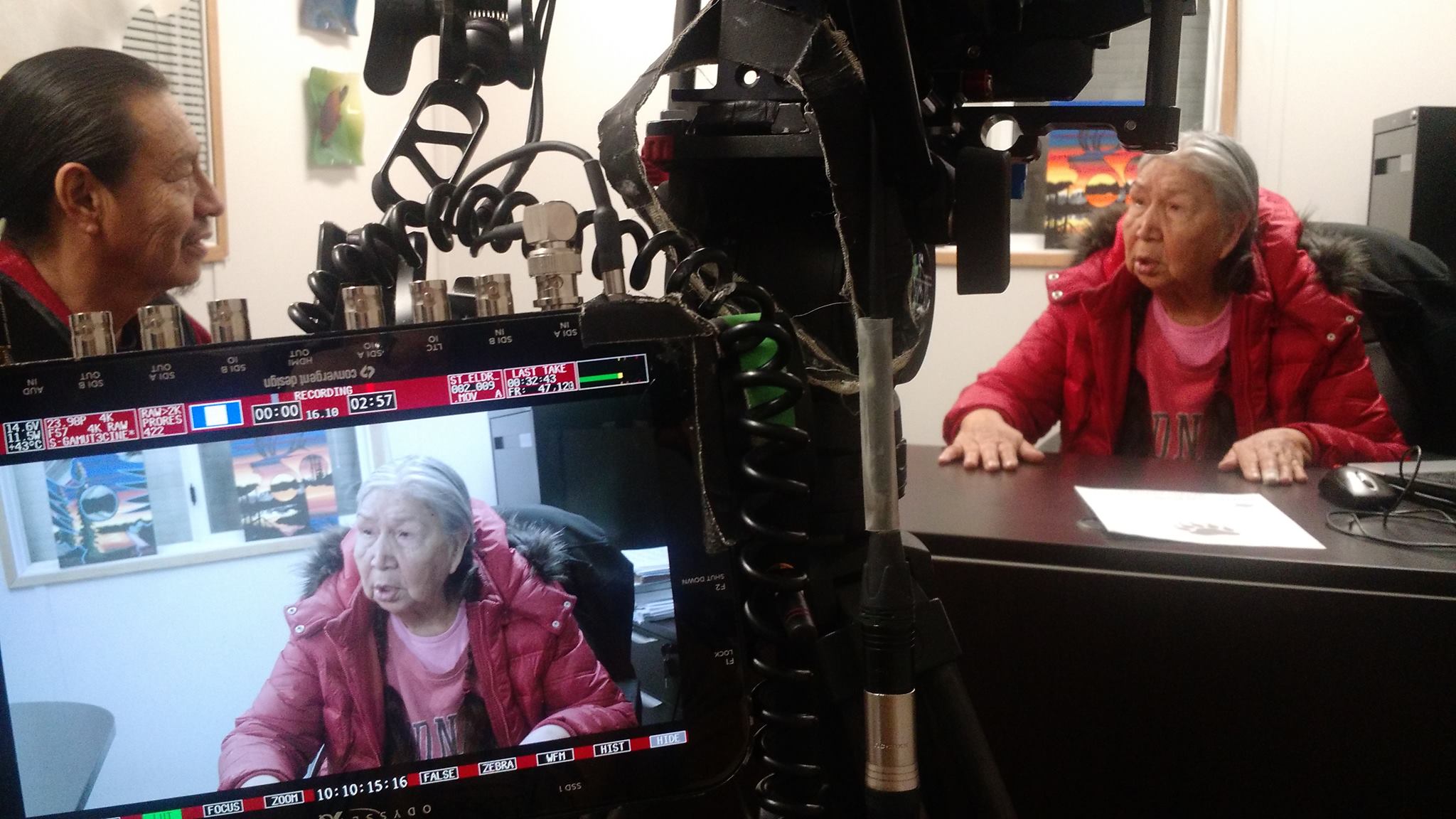 In May, we added the Stoney Nakoda [sto] language to the subtitle language dropdown in Amara. Since then, we had the opportunity to learn more about the organization who requested the addition: the Stoney Corner Language Reclamation Project at Paul First Nation.

As a project of the Participatory Culture Foundation, Amara supports the preservation of endangered languages and highlights organizations helping to save these languages whenever possible! Read on to hear from Jason Gondziola, coordinator of the Stoney Corner Language Reclamation Project, and Stoney elders Jerry and Edna Rain, as they respond to some of my questions about the project.

Jason: The Paul First Nation Stoney Language Reclamation was instigated by Elders and Knowledge Keepers in Paul First Nation, a small community in North-Central Alberta, Canada. The language is scarcely spoken in this community, largely as a result of the Indian Residential School Program in which children were taken from their families at a young age and forbidden from speaking their language. As a result, there are few (if any) Stoney-speaking community members younger than 50-years of age in Paul.

Currently, our reclamation efforts are centered around developing robust learning tools that can be used in schools, home, and by community members living abroad. Video recordings of fluent speakers is an essential first step, and having the Stoney Nakoda language added to Amara is going to help document the remaining speakers and dialects so that new language learners have an opportunity to hear the language in conversation long after our Elders have left us.

Going forward, we are working on a children’s program that is modeled after Sesame Street, featuring puppets, stories, and short vignettes to help new learners gain some basic competency in the Stoney Nakoda language. We are also developing children’s books, flash cards, and labeling kits so that children can bring the language home to their parents, which is a key part of a successful revitalization.

How similar and/or connected are the Stoney-speaking communities? (Paul, Carry the Kettle, Alexis, others?)

There are a lot of personal connections between the communities and there is also an annual Nakoda cultural gathering that brings young people together with Elders from the different communities.

Because these dialects were strictly oral, there was no writing system prior to European contact. As a result, the writing systems in use today are distinct and vary from each other.

How did the Paul First Nation Stoney Language Reclamation get started?

Jerry: In about 1985, Chief and Council decided that they would begin a project to reclaim the language, restore it, and revitalize it. A linguist, Dr. Eung-Do (Ed) Cook was commissioned by Chief and Council to help build an orthography (writing system), which we use in part today. The foresight originally came from the Elders, who approached Chief and Council. –

What are some of the challenges of language preservation?

​Jerry: The challenges are the visible obstacles of general society, which is moving toward one language. It’s consuming the Nation’s young members. That’s the biggest challenge. The English language is too dominant, and to communicate with one another people are ​putting their language aside. Our youth are also being tempted by the comforts and technologies of society.

Those are things that we as a nation did not have at one time. We were used to living the hard life. Those were the good days. Work was hard, but it was enjoyable. Nowadays, we don’t have to go cut wood to keep ourselves warm. That’s part of society, and part of the assimilation process.

How many people would love to join in, but they don’t know how to speak it?

They don’t value their language, they value other things. When you ask someone something in Stoney and they say ‘I don’t understand’, that hurts my heart.

I’m proud of my language. I’m proud of who I am. I don’t ever want to forget it — I want to hang on to my language. I always say that we’re a very strong people. Our language has to be preserved and that has to be just as important as the English part.

Are there ways for non-Stoney speakers around the world to help with the Paul First Nation Stoney Language Reclamation?

Jason: The language reclamation is primarily for the Nation. Help with storing the language for the Nation’s use. A side-by-side comparison of the writing systems from each Stoney-speaking Nation would be very useful.