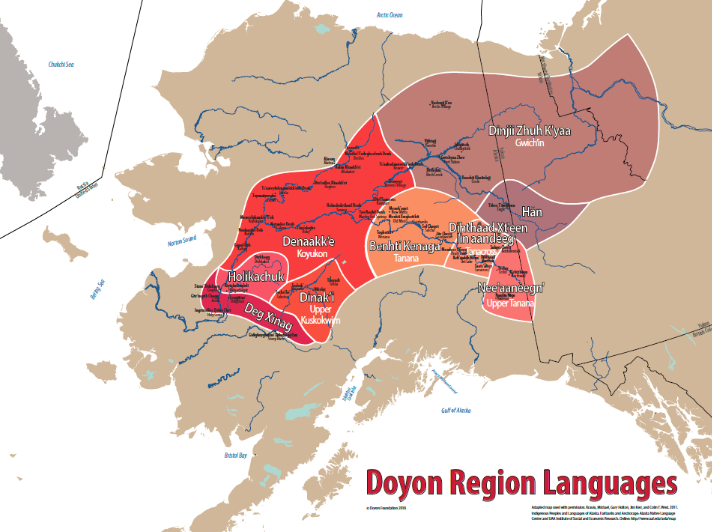 Thanks to 7,000 Languages Project and the Doyon Foundation, we’ve added four native Alaskan languages from the Athabascan language family to Amara’s supported subtitle languages this week: Hän, Gwich’in, Holikachuk, and Koyukon. 7,000 Languages seeks to “offer the best available technology for free use by speakers and supporters of languages largely ignored by commercial interests.”  The Doyon Foundation supports the revitalization of Interior Alaska’s native tribal languages.

Languages, like living organisms, can go extinct, and the Hän and Holikachuk  languages only have a handful of speakers left in the world. Organizations like the Doyon Foundation lead efforts to document these languages before they disappear, and we’re very happy they can use the Amara editor to assist in the effort!

Want to hear what Gwich’in sounds like, or hear what it’s like to grow up Gwich’in? Check out this TEDx talk by Alan Hayton, Language Program Director for the Doyon Foundation. He also shares some special words in Gwich’in that are tied to the ancestral beliefs, such as the translation of “sky:” in Gwich’in, it translates to “her stomach fat,” referring to the belly of Mother Earth! Join the TED Team on Amara to help translate this video into your language!

One thought on “Native Alaskan languages added to Amara”