Spoken where France, Italy, and Switzerland meet, Franco-Provençal’s name also represents the frontier between linguistic regions. You can see where it is spoken on this language map from the Arpitan Cultural Alliance: 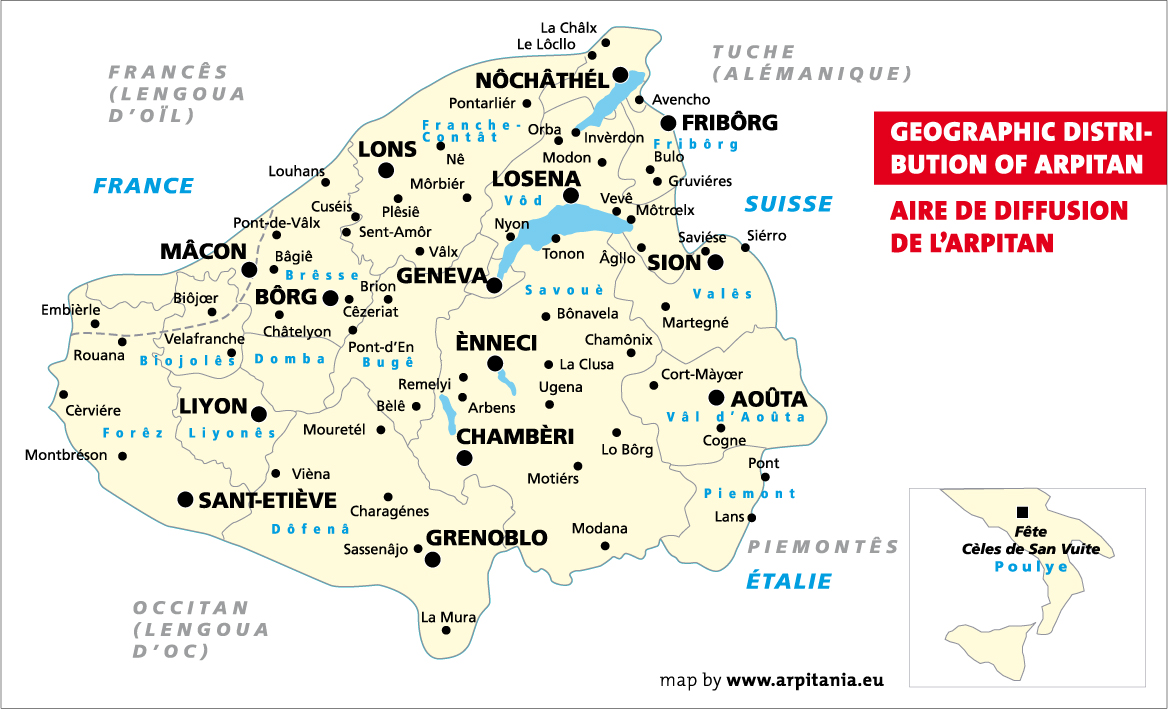 Graziadio Isaia Ascoli, famous linguist of the 19th century, named Franco-Provençal after two groups of languages spoken in central Europe at the time: the langues d’oïl (Franco) and the langues d’oc (Provençal).

Listen to a sample of Franco-Provençal in this video to hear similarities and differences from French pronunciation of colors.

Modern residents of the Western Alps have questioned the appropriateness of the name Franco-Provençal for their language. It is often confused for the Provençal region or dialect of France.

In addition, the use of “Provençal” as a language qualifier can be considered controversial. It is similar to the use of the word “patois” to refer to any dialect associated with uneducated, poor, or rural classes in countries with a majority of French or English speakers. The original meaning of patois in French is “rough speech.” The word was derived from the Old French patoier, meaning to “treat roughly” from patte, or “paw”. Both “patois” and “Provençal” imply a value judgement favoring accepted standard languages over regional dialects.

The majority of residents in Aosta Valley, an autonomous region northwest of Italy, still speak Franco-Provençal. In the 1980s, a political organization in the Aosta Valley called Mouvement Harpitanya attempted to rebrand the language as “Arpitan.” This name is a rhotacization of the latin word alpes, meaning “mountain highlands”. This name gained popularity because of its similarity to Occitan (langue d’oc) and the awareness efforts of the Arpitan Cultural Alliance.