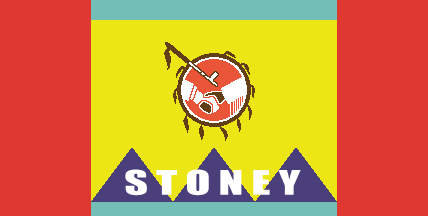 Stoney (Nakoda) language has been added

This month we added the Stoney (Nakoda) language to Amara. Most of the languages in its subgroup, the Dakota subgroup of Siouan languages, are spoken further south, in the Mississippi Valley and Great Plains of Ohio, USA. The Stoneys are the only Siouan people that live entirely in Canada.

Want tips on language preservation? We can all learn from the Stoney Nakoda nation. This is indigenous community is incredibly proactive about ensuring that the language continues to be spoken. Stoney Nakoda elders knew that less than half of their nation (1,900 out of about 5,000 members) spoke the language fluently.  To preserve their ancestral tongue, the Stoney Education Authority was formed, and it began a major effort to revitalize the language. Here are a few resources created and curated by Stoney Nakoda citizens to share the language and culture with their young people and the rest of the world:

The Stoney people have a rich tradition of song, dance, and drumming, and a religion that ties them closely to nature: in ancient times, communication with the divine was accomplished through four-legged animals, and prayers carried through birds. A high respect for plants, animals and non-living entities has carried into modern-day Stoney values.

Stoney Nakoda speakers in Alberta, we hope you can use Amara to great effect in subtitling lots of Stoney video content!

Update 6/18/18: the impetus to add the language to Amara came out of Paul First Nation and the Stoney Corner Language Reclamation Project.